Pundit at the Internet Festival 2016 in Pisa

We are proud to announce that we’ll present Pundit at the Internet Festival 2016 in Pisa. We’ll held the presentation during the Digital publishing and Journalism panel at the Camera di Commercio di Pisa on Friday 7 October at 18:00 (save the date!). This...

Web annotation will become a major tool in the hands of scholars in the domain of digital humanities: that’s why we are ready to land in Kraków for the annual conference Digital Humanities DH2016 where we’ll be presenting the Pundit web annotation suite on Wednesday 13 July 2016.

What have we learnt from iAnnotate 2016?

by Giulio Andreini | May 23, 2016 | Annotator, Around the world, Digital Humanities, News

Our report from the iAnnotate 2016 conference in Berlin. 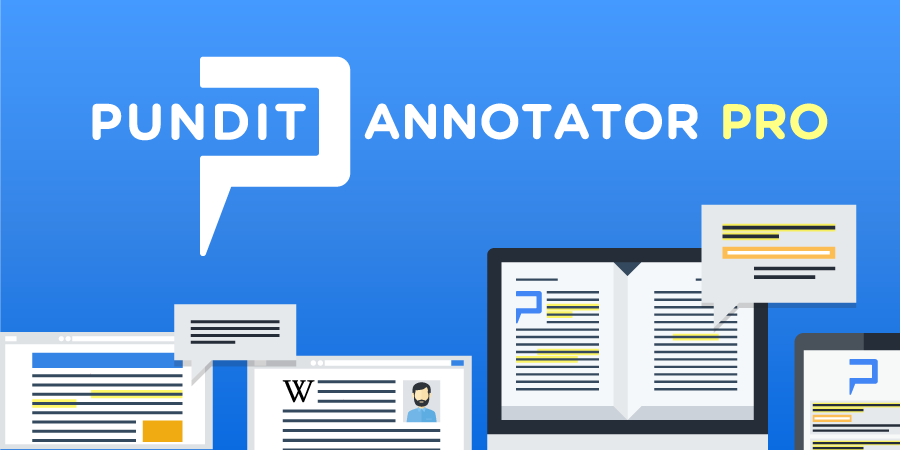 We are glad to introduce our second web annotation tool: Pundit Annotator Pro. This tool is intended for researchers and professionals who want to exploit the power of semantic web creating semantic annotations on web pages.

We’ve just released an updated version of the Chrome Extension of the Pundit Annotator: the new release includes some main improvements and many minor fixes and updates.